Update: How to prepare for the Patent Agent Examination in India

It is a pleasure to announce that a couple of days after this blog went online, the CGPDTM website has notified the following:

We will keep you posted for more recent updates.

Short Answer: You convince the government that they SHOULD arrange for the examination and then prepare like you would do anyway

The Department Of Industrial Policy & Promotion, which is responsible for conducting the "yearly" patent agent exams managed to
organize only one exam from 2011 to 2016. There were quite a number of litigation cases challenging the system of the tests and
even claiming nepotism while passing candidates which somehow resulted in the DIPP deciding that it will not bother conducting
the tests.

Being the lawyer that I am today, I decided to follow it up with an RTI. These were the five questions I asked hoping to wake someone
from slumber:

Here I am posting the response of the government for your benefit: 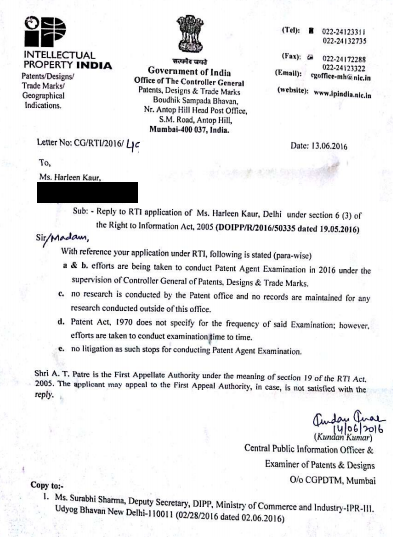