Section 107 A of The Indian Patents Act

Certain acts not to be considered as infringement

For the purposes of this Act,
(a) any act of making, constructing, using, selling or importing a patented invention solely for uses reasonably related to the development and submission of information required under any law for the time being in force, in India, or in a country other than India, that regulates the manufacture, construction, use, sale or import of any product;

(b) importation of patented products by any person from a person who is duly authorized under the law to produce and sell or distribute the product, shall not be considered as a infringement of patent rights.

This provision is known as Bolar Provision/ Exemption.

What is Bolar Exemption


Usually when monopoly is granted by different countries for Intellectual Property Rights, they come with certain exemptions. These exemptions are usually for non-profit or research purposes. Bolar Exemption basically means that using the Patented information, for Research and other tests before the actual expiration of its term is allowed, in cases where it is used for preparation for approval from regulatory authorities, is allowed and does not infringe the rights of the Patentee.
This provision is specifically important for generic drug makers who can perform R & D before the expiration of the Patent.

A little History of Bolar Exemption


The provision and term "Bolar" owes its origin to the famous case of USA Court of Appeals for Federal Circuit in Roche Products v. Bolar Pharmaceuticals.  In the case,  it was held that Bolar Pharmaceuticals, who were importing Patented drugs of Roche were legally not allowed to do so as the only exemptions available under this time were for a patented product for the purposes of research or experimentation and not for profit, from infringing the patent. It is called the “experimental use” doctrine. It was based upon the equitable concept that a court will not redress a de minimis use of a patent.

After this decision,  the Hatch-Waxman Act established a regulatory framework to encourage the marketing of generic pharmaceutical products. The Act also created a research exemption, indicating that “it shall not be an act of infringement to make, use, offer to sell, or sell within the United States or import into the United States a patented invention . . . solely for uses reasonably related to the development and submission of information under a Federal law which regulates the manufacture, use, or sale of drugs or veterinary biological products.” 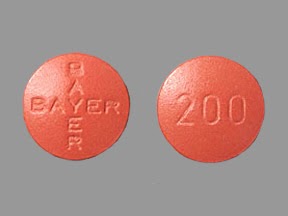 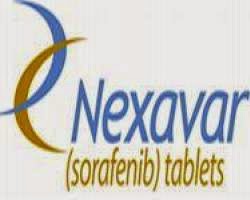 On 5.11.2014, Delhi High Court gave its decision in this case where the issue of contention was whether Natco, which already holds compulsory license  for a limited purpose(not including exports) for a drug named sorafenib (the Patent of which is held by Bayer) should be allowed to export 1kg of the Drug to a Chinese Pharmaceutical Company for preparation of a trial batch of the generic drug in China.

Natco had filed an affidavit before the authority that after, they would be exporting 3 more samples from consecutive batches, each of 1-2 KG in volume for the Chinese company to conduct its R&D efforts to establish “bio-availability, bio-equivalence and stability”.

The Delhi High Court observed in the present case held that:

a. The quantity of drugs was not enough to hold it to be a commercial activityb. The Plain reading of provision of the section does not prohibit the export of drugs from India.

Previous interpretation of the Bolar Provision in India: 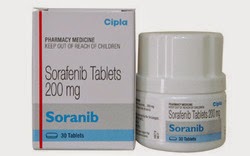 In 2009, Bayer filed a writ petition against the Union of India and Cipla when Cipla had approached DGCI (Drug Controller General of India) to market its generic version of Bayer's Drug Sorafinib. Bayer contended that if DGCI approved such a drug, it would amount to Patent Infringement and would be ipso-facto illegal and that the Government authority had a duty to prevent such an act. The contention of Bayer was held to be flouted and without merit.

Many countries use this provision to advance science and technology. They allow researchers to use a patented invention for research, in order to understand the invention more fully.

In addition, some countries allow manufacturers of generic drugs to use the patented invention to obtain marketing approval — for example from public health authorities — without the patent owner’s permission and before the patent protection expires. The generic producers can then market their versions as soon as the patent expires. This provision is sometimes called the “regulatory exception” or “Bolar” provision.