When in August 2002,  the Genetic Engineering Approval Committee(GEAC)  allowed the commercial cultivation of “Bollgard I” cotton in India, the first genetically engineered crop in the country, many people raised questions about the correctness of the decision.

Genetically modified plants have been a topic of controversy in our country because of powerful lobbies both for and against their production.With the government’s obvious interest in promoting these products,  the people are unable to trust the decision of government bodies in charge of looking after their safety by studying the consequences of such approval. 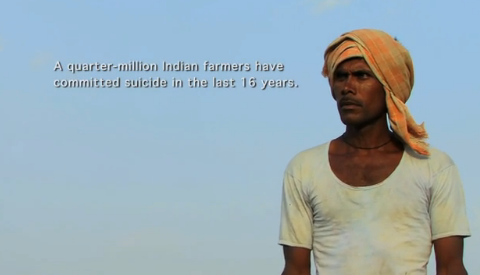 GM foods are developed and marketed  because there is some perceived advantage either to the producer or consumer of these foods. This is meant to translate into a product with a lower price, greater benefit (in terms of durability or nutritional value) or both.

In The United States of America, The Food and Drug Administration (FDA) approved the first GMO crops in 1994, and as of 2011, about 88 percent of all corn and 94 percent of all soybeans produced in the country were grown from genetically engineered seeds, according to the U.S. Department of Agriculture. Other common genetically engineered crops in the country include alfalfa, canola, cotton, papaya, zucchini and sugar beets, which are used to make sugar.

What are the possible harmful effects of Genetically modified crops?

According to World Health Organisation, there are three main health concerns with GM foods: In India also, about 10 years after the production of BT cotton was approved, the MNC which produces the seeds accepted that there have been instances where resistance is developed by the pink ballworm to the crop.

In a News report by Daily News and Analysis on June 24, 2013, Maharashtra state in India has banned the BT cotton seeds in the state. The report states Eight years after genetically modified Bt cotton was introduced,state agriculture minister Ramakrishna Vikhe-Patil said that it was a mistake

"In the long run, we want to eradicate it because it is water-intensive and utterly unsuited to our conditions since 82% of the 4.2 million hectares of Bt cotton cultivation is done in drought-prone areas,” he said.

Vikhe-Patil blamed agricultural research institutes and universities for the situation.

“They did not do enough to alert the government to the potential dangers of Bt cotton.”

He also claimed that the company selling these seeds were involved in unfair trade practices. However this ban is for only one year in the state and the company is free to apply for a license next year.

1. Rules for the Manufacture, Use, Import, Export and Storage of Hazardous Micro-organisms Genetically Engineered Organisms or Cells, 1989:

These Rules aim at the protection of the environment, nature and health, in connection with the application of gene technology and micro-organisms, and are notified under the Environmental Protection Act, 1986.

The Rules apply to genetically engineered organisms, micro-organisms and cells and correspondingly to any substances and products and foodstuffs, etc. of which such cells, organisms or tissues  form a part. The Rules regulate the powers of the following authorities:

(a) Recombinant DNA Advisory Committee (RDAC) that reviews developments in biotechnology at national and international levels and recommends safety regulations;

(b) Review Committee on Genetic Manipulation (RCGM), in charge of monitoring the safety related aspect in respect of research projects and activities involving genetically engineered organisms and/or hazardous micro-organisms;

(c) Institutional Biosafety Committee (IBSC), which assists research institutions, in accordance with the guidelines of the RCGM, in the preparation of an up to date on-site emergency plan;

(e) State Biotechnology Coordination Committee (SBCC), which shall have powers to inspect, investigate and take punitive action in case of violations of statutory provisions;

Any person aggrieved by a decision made by Genetic Engineering Approval Committee/State Biotechnology Co-ordination Committee in pursuance of these rules may within thirty days from the date on which the decision is communicated to him, prefer an appeal to such authority as may be appointed by Ministry of Environment and Forests.The Ministry of Environment and Forests shall, wherever necessary, exempt an occupier handling a particular microorganism/genetically engineered organism.

Section 22 of the Act deals with regulations regarding regulation and labelling of GM goods.The food safety regulator also has a scientific panel on labeling issues.

But, Instead of GEAC or FSSAI coming up with rules on labeling of GM foods, a new notification has been issued by the Ministry of Consumer Affairs, requiring every package containing genetically modified food shall bear at the top of its principal display panel the words GM. This notification is effective since January, 2013.The import of GM foods has to be cleared by the Genetically Engineered Appraisal Committee (GEAC) in the Ministry of Environment.

While food safety assessment rules and approval of commercial release of GMOs are responsibility of the FSSAI as clearly mentioned on their website, none of the draft rules have been published for public comments or notified so far.


Table 1. Responsibilities of governmental authorities as regards the regulation of GMOs in India
(excluding pharmaceutical applications).

Under Section 22 of this Act, there have to be provisions for safety and regulations of Genetically modified food. It has been proposed In order to manage the administration of the regulatory program for GM foods, the FSSAI will establish a new secretariat within the FSSAI, namely the Office of GM Foods and the GM Food Safety Assessment Unit. Interim provisions will be notified till the Rules come into being. Neither have been notified till now.

India is now overwhelmingly a Bt Cotton country.The agriculture ministry said on Tuesday that almost 90% of the cotton cultivation area is under Bt Cotton. But as discussed before, the production of the crop is decreasing due to various issues. Many agriculturists have blamed royalties for Genetically Modified Organism seeds for the spurt in farmers’ suicides. These non-renewable terminator seeds must be bought every year at costs dictated by agro-tech majors.
In statement issued by company Monsanto India, they stated, “During field monitoring of the cotton crop in 2009 in Gujarat, Monsanto and Mahyco scientists detected unusual survival of the pink bollworm (PBW) to the first-generation single-protein bollgard cotton. This was reported to the Indian Genetic Engineering Approval Committee (GEAC). However, the second-generation Bt cotton containing two Bt proteins (Bollgard IITM) continued to be effective in controlling pink bollworms and the resistance issue could be quickly overcome with adoption of Bollgard II.”
Clearly, these effects were not expected and are a result of hasty action of government to approve such products without relevant scientific tests.Many activists are also vary of the corporatisation of the seeds along with the possible harmful effects of the GM foods, as newer seeds will again be intellectual property of the corporate and hence pricey for the farmers.
A New York Times Article talks about the black marketing of these seeds in India, higher prices and usage of pesticides which are not being checked by authorities and eventually are cause for rising number of cases of farmer suicides“For small farmers, the consequences can be tragic. When weak monsoon rains led to crop failures in 2005, hundreds of debt-ridden Bt cotton farmers in the states of Andhra Pradesh and Maharashtra committed suicide by drinking pesticide. A PBS documentary on the suicides by Chad Heeter reported that the indebtedness was largely due to expensive genetically modified seeds and pesticides. And each growing season, the suicides of indebted cotton farmers continue to make headlines in India.
There are practices that can help manage the cost of growing Bt cotton, like planting buffer zones that will delay how quickly insects develop resistance to the crops. But the practice has been unpopular in India, where small farmers often cannot afford to spare land for less-profitable ventures, and it has in some regions even led to the return of the bollworm – the very crop-destroying insect that Bt cotton was designed to resist.”


Presently, in India,clearance of the trials of crops by The Genetic Engineering Appraisal Committee (GEAC) for the upcoming kharif season, are put on hold. In the year 2012, there have been field trials of different varieties of corn, maize and rice apart from newer versions of cotton. The details of such crops are given in the Indian GMO Research Information System website.In a press release by Greenpeace in 2008, they claimed finding banned GM food products in imported packaged food items picked from a random grocery store in Delhi for which no permission from concerned authority were taken.


The Parliament Standing Committee on Agriculture submitted its on the Cultivation of Genetically Modified Food Crops – Prospects and Effects. The report was tabled in Parliament on August 9, 2012. It assesses the benefits and drawbacks of the introduction of genetic modification in food crops.ƒ A major finding of the report was that the regulatory framework for GM crops has several shortcomings. It also noted that the current framework does not provide for mandatory consultations with state governments or seek their permission to conduct open field trials on GM crops, such as Bt cotton and brinjal. In light of these findings, the report recommended that all research and development activities on transgenic crops be carried out only in laboratories and that ongoing field trials in all states be discontinued.


In August 2012, Technical experts committee appointed by the Supreme Court recommended the termination of all current trials of transgenic crops for 10 years. If the decisions of these committees are followed, after sufficient testing, in the course of time, safer genetically modified foods might be produced and marketed in India, till then alternative ways to increase crop yield and pest resistance must be developed.

The author does not believe there is a chance of change in the attitude of the government regarding GMO crops in the near future. The Prime Minister of India, in the 101st Indian Science Congress at Jammu remarked that his government remains committed,

"to promoting the use of these new technologies for agricultural development".

The concerns regarding these crops being scientifically backed and endorsed by a large number of prominent members of the scientific community, must be taken into account either by the government and if it does not do so, we must depend on our Judicial System for protection of our rights as well as those of the farmers.